An interview with Jared Smith and Ryan Engroff, co-founders of Victus Sports, a Philadelphia based company that swiftly won over Major League Baseball with their innovative approach to making wood baseball bats.

We all dream about growing up and doing something we love. This dream became a reality for the founders of Victus Sports, but it didn’t happen overnight, and they had to take some big risks to get there.

After dropping out of college, Jared Smith began working in a steel mill to pay the bills. At the same time, his high school buddy Ryan Engroff was “slinging mattresses” for a national mattress company. They both dreaded going to work everyday. While Jared and Ryan were working their day jobs, they were also both moonlighting with a small bat manufacturer, where they received some valuable on the job training that would eventually lead them to launch their own brand.

While still working two jobs, Jared got the news that his mom would need a liver transplant. The news shook Jared’s world and forced him to take a deeper look at where his life was going. Pretty soon after, Jared called Ryan to enlist his help in a new venture. They agreed that the bat industry was ripe for change and the two decided to take the dive.

The two early twenty-somethings left their steady paychecks and moved into a Howard Johnson hotel room in Blackwood NJ. Over a three month period, they maxed out Jared’s credit card while they spent long days at a local shop perfecting their product.

The company’s first large order came from the Toronto Blue Jays, for a few hundred bats. This was by far the biggest order they had received, and the pressure was on to deliver in a short timeframe. The worst happened. Victus ran way past their deadline and the Blue Jays eventually cancelled the order halfway through production. With no use for the bats, Jared and Ryan kept a number of them as a reminder to work harder to ensure their customers stay happy. Jared still has one in his office today. The fact is, there are a limited number of teams out there buying wood baseball bats. As Jared says, “You cannot afford to screw up in such a small market,” where everyone knows each other.

Jared was working in a steel mill, Ryan in a mattress store, when they decided to shift their focus to baseball bats.

Victus was the first brand to launch the Axe Bat™, which features a slanted axe handle instead of a flat knob at the base.

9 of the 18 players in the starting lineups on the 2017 World Series were swinging Victus Bats.

Your choice of color and custom engraving for about $200 a bat, depending on style.

Currently working on launching their new line of batting gloves.

Victus Sports took an uncommon path to get to where they are now. They decided to stay away from venture capital, as they felt it would put unnecessary pressure on them to grow quickly.

Instead they found an angel investor who was a passionate baseball fan and wanted to be along for the ride. Jared was in Florida, trying to sell his bats to players at a tournament when he first met the investor. The two hit it off immediately, and the funding was enough to help propel Victus forward for the next four or five years.

I asked Jared if he wished he had taken $1MM or $1.5MM from a VC firm and he quickly rejected the idea. He confirmed his approach and recommended that any founder looking for capital should “cut all corners possible in the first few years and raise $250k, not $1MM, if at all possible.”

Jared’s approach is a smart one. While the “cool” thing to do is raise a bunch of money to hang your hat on that fact alone, Jared made the decision to take on less money and keep more control, even if it meant growing slower. You may not agree that 80% YOY revenue growth is slow growth, but had Jared and Ryan taken a round of $1MM or $2MM, their path would have changed completely. Perhaps their VC friends would have pressured them to raise another round and go head to head with Louisville Slugger and Marucci. That was not the right path for Jared and Ryan.

Jared and Ryan always looked up to the Marucci brand. They were the clear powerhouse in the bat industry, especially with wood bats. Jared became friendly with a buyer at Marucci and they kept tabs on each other for a few years. Victus was like Marucci’s little brother, who suddenly hit a growth spurt and started to challenge the market leader. The conversation became more serious in 2016. Victus was taking over more of the pro market share and grabbing some of Marucci’s customers. While Victus was really starting to get the attention of competitors like Marucci, internally they were having growing pains. Jared and Ryan needed to expand their facility to handle the growing demand for their bats and improve the working environment for their employees, but without another capital raise they just didn’t have the cash. Marucci and Victus finally sat down in 2016, seeing that they both had something to gain from a partnership.

“We’ve seen so many other companies come and go, we didn’t want that to be us. The buyout was a lot about having systems in place to help us grow our retail presence and the capital to keep growing without interruption in service. Marucci brought everything we needed to the table with their experience and distribution.”

Marucci is a 16 year old company with a mission to “honor the game”. Similar to Victus’s story, Marucci was born from two ex-major leaguers working out of a shed. While the story sounds similar, Victus in some ways is the exact opposite of Marucci’s call to honor baseball’s traditions. Victus is constantly looking to disrupt the status quo, evidenced by their mission to “change the game.” Can both companies live in harmony, in a mutually beneficial way, without constricting each other or pulling each other too far away from their core? It’s hard to know for sure.

Victus sees this as a major opportunity to expand their product offering. Seeing how successful they’ve been with their wood bats, it concerns me to think about them stretching themselves thin with a line of new products. When I asked Jared about this, he reassured me that they wouldn’t lose focus on wood bats. “We will only come out with a new product if it’s at the same level as our core product (our wood bats) and nothing less.” 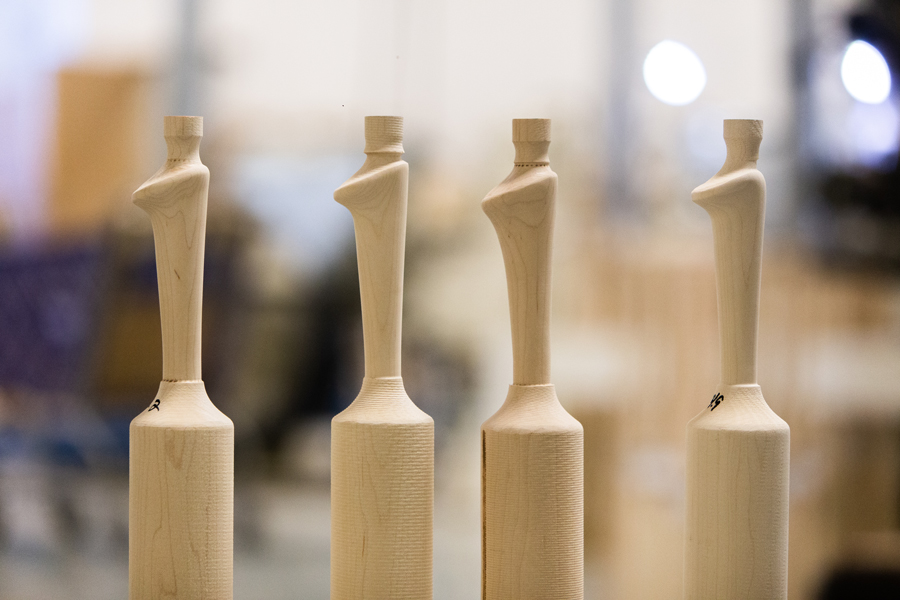 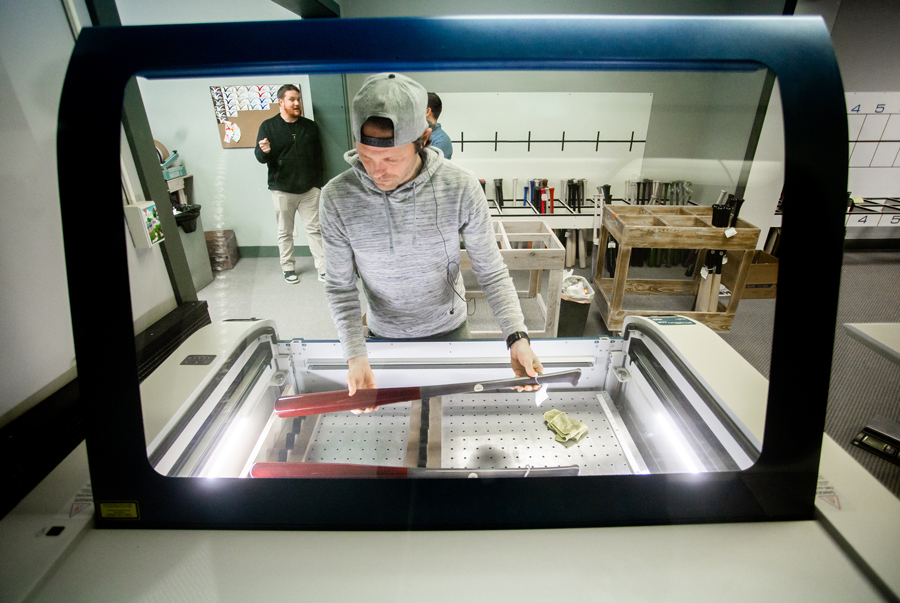 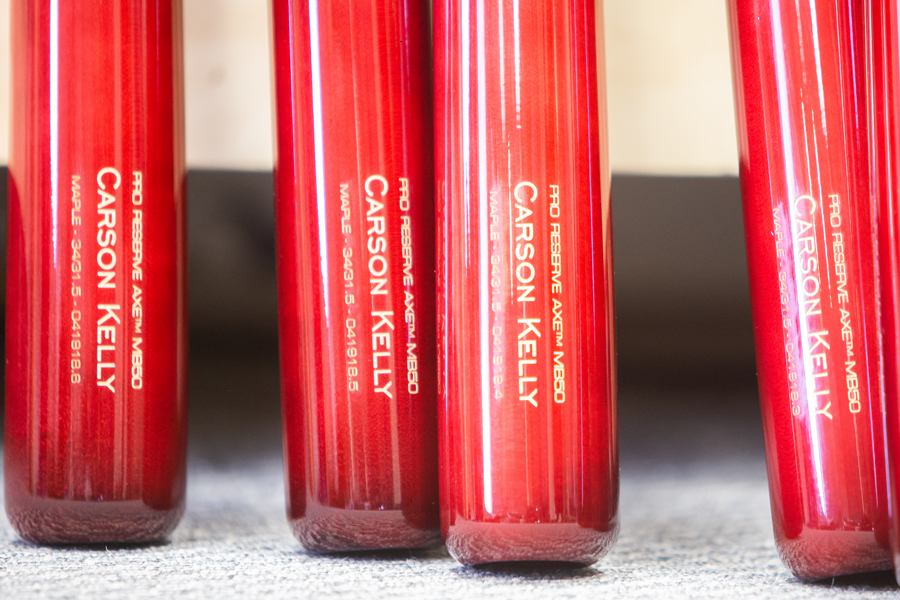 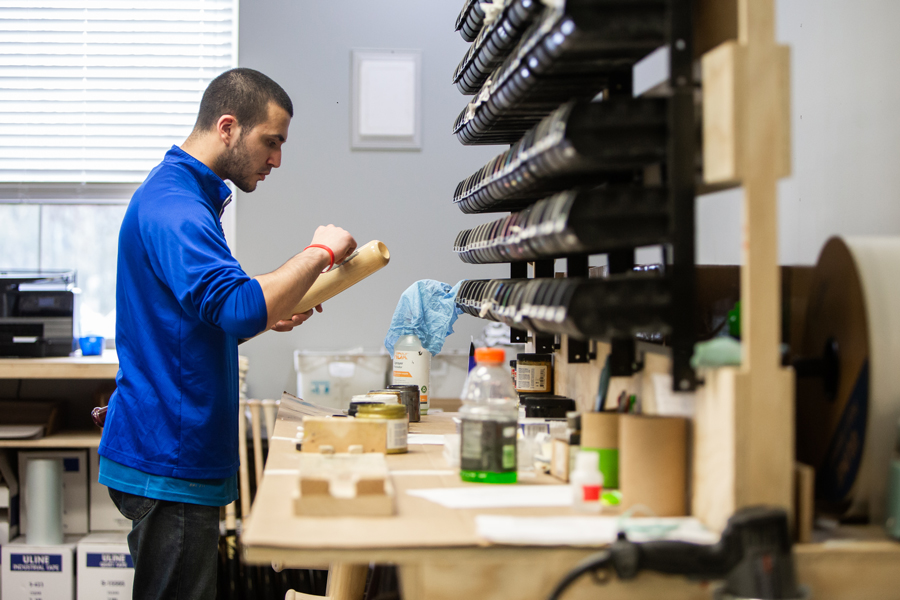 Victus presents an incredible lesson in how to grow organically. The most impressive thing of all is that Jared and Ryan never once had to stop what they were doing to focus on fundraising. While many founders have to dedicate 4-6 months of their first year in business on fundraising, Victus was able to stay laser focused on their brand, mission, product quality and customer service. When they knew the business was outgrowing their level of acumen and experience, they found a partner that would step in and provide the support in the areas they were weak in. Jared and Ryan continue to run Victus the way they always have: focus on innovation, always, and the customer above all else.

To this day, when Bryce Harper puts in an order for some Victus Bats, that order goes into production within a few hours and is shipped in a few days, cutting weeks off of the usual delivery time in their industry. Jared and Ryan will have it no other way. As long as they stick to what they are good at and continue to innovate, Victus will be successful for decades to come.